A year and a half after McGirt v. Oklahoma, state officials still want ruling overturned

In July 2020, the Supreme Court ruled that, because Congress never disestablished the Muscogee Nation’s reservation, the state of Oklahoma does not have the authority to prosecute crimes committed within the tribe’s land boundaries, if those crimes involve Native Americans. The decision has since been extended to other tribes located within Oklahoma.

But even though it’s been a year and a half since McGirt v. Oklahoma was decided, the state of Oklahoma has remained intent on overturning the ruling, rather than collaborating with the tribes on criminal justice. State officials have filed 45 petitions with the Supreme Court asking the justices to either overturn or rule more narrowly on McGirt. This month, the Court has been considering some of those petitions.

The Takeaway speaks with Allison Herrera, Indigenous Affairs reporter for KOSU, about the most recent developments. 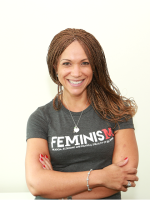 Allison Herrera
Allison Herrera is a radio and print journalist who's worked for PRX's The World, Colorado Public Radio as the climate and environment editor and as a freelance reporter for High Country News’ Indigenous Affairs desk.
See stories by Allison Herrera
The Latest From KOSU
Donate Your Car to KOSU!
Get Started Here
Hey! Did you enjoy this story? We can’t do it without you. We are member-supported, so your donation is critical to KOSU's news reporting and music programming. Help support the reporters, DJs and staff of the station you love.