In Tulsa Speech, Biden Implores Americans To Confront Past And Help Communities Of Color Move Forward

President Joe Biden came to Tulsa on Tuesday to commemorate the 100th anniversary of the Tulsa Race Massacre, arguably the worst racist attack in American history.

Biden toured the Greenwood Cultural Center, the institution that preserves the heritage of the prosperous community known as Black Wall Street. He also spoke with the three living survivors of the massacre.

Biden's remarks at times included graphic descriptions of the attack on Greenwood, once deemed the "Tulsa Race Riot" so insurers did not have to pay claims of Black residents who lost everything.

"My fellow Americans, this was not a riot. This was a massacre," Biden said.

His commemoration speech included a call for the nation to come to terms with the past and help communities of color move forward.

Biden said the destruction of Greenwood put Black Tulsans years behind white residents in building wealth. He noted that while Greenwood rebuilt, it soon ran into new problems, like redlining and an interstate cutting through the area.

"Chronic underinvestment from state and local governments denied Greenwood even just a chance of rebuilding," Biden said. "We must find the courage to change the things we know we can change."

Biden touted the new White House plan aimed at closing America's racial wealth gap. And he suggested the interstate running through Greenwood could be part of his plan to move or tear down some highways cutting communities of color off from economic opportunities.

About 500 people gathered across the street from the Greenwood Cultural Center as President Biden gave his remarks on Tuesday afternoon.

Edmond resident John Burton was like a lot of people who came out. He was there to see history.

"I just wanted to be a part of this. Show such respect to the cause, the people and what happened," Burton said. "I'm just proud to be here."

Inside the center, Biden told survivors of the massacre, tribal leaders, politicians and community members that he is pledging millions of dollars to address the racial wealth gap, including money to combat housing discrimination and a fund to support civic infrastructure projects.

Reuben Gant is a former Buffalo Bills football player and the Executive Director of the John Hope Franklin Center. He's also a descendant of survivors of the race massacre and says Biden's pledges are a start.

"It was necessary for acknowledgement of the travesty that happened here," Gant said.

As Biden gave remarks, researchers at a cemetery about a mile away were exhuming a mass grave where they believe they've found the remains of massacre victims.

The team found the mass grave last year, but left the remains intact while an exhumation plan was developed.

Tulsa's Republican Mayor G.T. Bynum has been a champion of the effort to find massacre victims, many of whom were never recovered. But, when asked Tuesday whether their descendants deserve monetary reparations, the mayor said he's not so sure.

"Should this generation of Tulsans be taxed to pay for something that criminals did a hundred years ago?," Bynum asked.

The three living survivors of the massacre are suing the city for restitution. They're asking a court to find that Tulsa aided and abetted the massacre, creating a public nuisance that continues today.

The Greenwood Art Project, an initiative of the 1921 Tulsa Race Massacre Centennial Commission, consists of projects from Oklahoma artists that offer a cultural component in commemorating the massacre.

Jerica Wortham, program director for the Greenwood Art Project, says it consists of about 30 projects across mediums such as dance, video, music and sculpture.

"Ultimately, the goal is to use art to help tell the story of the Greenwood Distrit, help to express and explain what happened in 1921 as it relates to the massacre, but then also potentially to explore what it could mean for a community to move forward," Wortham said.

Some projects will premiere this summer, including “Citizen Brady ‘Catches’ A Charge,” an experimental play from artist Ray Pearcey. The play is structured like a trial, featuring a jury of community members who determine whether to bring charges against one of Tulsa’s founders W. Tate Brady, who was a Ku Klux Klan member and helped instigate the massacre.

Matt Trotter
Matt Trotter joined KWGS as a reporter in 2013. Before coming to Public Radio Tulsa, he was the investigative producer at KJRH. His freelance work has appeared in the Los Angeles Times and on MSNBC and CNN. 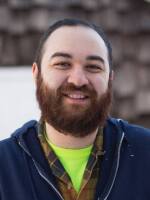 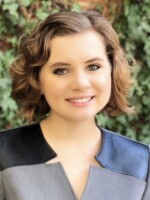 Katelyn Howard
Katelyn discovered her love for radio as a student employee at KGOU, graduating from the University of Oklahoma with a bachelor’s degree in journalism, and now working as a reporter and producer.
See stories by Katelyn Howard
Donate Your Car to KOSU!
Get Started Here
Hey! Did you enjoy this story? We can’t do it without you. We are member-supported, so your donation is critical to KOSU's news reporting and music programming. Help support the reporters, DJs and staff of the station you love.