Oklahoma Gets Another Extension To Comply With Real ID

Oklahoma is receiving an extension to meet the requirements in the Real ID Act, according to a statement from Governor Mary Fallin.

The extension from U.S. Department of Homeland Security allows Oklahomans entry to federal buildings and airports using a state-issued ID through at least October 10.

Signed earlier this year, House Bill 1845 allowed state officials to begin constructing a system that would meet the standards of the Real ID Act.

Officials hope continued progress on the system will result in future extensions until Oklahoma is fully compliant. 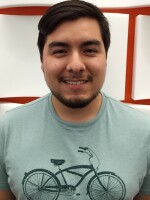 Victor A. Pozadas
Victor A. Pozadas was a student reporter and photographer for KOSU during the summer of 2017.
See stories by Victor A. Pozadas
The Latest From KOSU
Donate Your Car to KOSU!
Get Started Here
Hey! Did you enjoy this story? We can’t do it without you. We are member-supported, so your donation is critical to KOSU's news reporting and music programming. Help support the reporters, DJs and staff of the station you love.