The Oklahoma City Council heard from the public Tuesday morning on bond and sales tax proposals that would inject more than $1.1 billion in funding for public safety and infrastructure.

Sgt. Mark Nelson of the Oklahoma City Fraternal Order of Police advocated for the funds going to public safety, noting that as Oklahoma City's population has grown in the past 20 years, police staffing numbers have remained about the same.

"We don't have enough officers. You all have recognized this -- the proposal to address this with 129 officers is extremely appreciated."

But some residents, like Rev. Lori Walke, pushed the council for more funds from the proposal to go toward improving Oklahoma City schools.

"Actually, this is not a respectful request. It is a desperate, anxiety-ridden, panic-filled plea for help. Help that only you can give."

Included is a bond package aimed at infrastructure needs, and two sales tax proposals that would replace the expiring MAPS 3 sales tax.

The council will vote on the proposals on June 20. If approved, it would go before Oklahoma City voters on September 12.

Watch the city council meeting below: 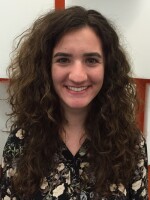 Zoe Travers
Zoe Travers was a student reporter at KOSU from June 2017 to June 2018.
See stories by Zoe Travers

Ryan LaCroix
Ryan LaCroix is the Director of Content and Audience Development for KOSU.
See stories by Ryan LaCroix
Donate Your Car to KOSU!
Get Started Here
Hey! Did you enjoy this story? We can’t do it without you. We are member-supported, so your donation is critical to KOSU's news reporting and music programming. Help support the reporters, DJs and staff of the station you love.