Speak of the Devil: A Talk With Satanic Temple’s Lucien Greaves

Recently, the Oklahoma State Capitol has become a major battleground in the debate over freedom of expression.  The placement of a Ten Commandments monument on the Capitol grounds has led to requests for statuary representation from other groups, including Hindus, the People for the Ethical Treatment of Animals and the Satanic Temple.  The panel overseeing the Capitol grounds has stopped accepting these requests until an ACLU lawsuit regarding the Ten Commandments monument is settled, but the New York-based Satanic Temple is continuing with its plans.  It’s even submitted a design, which has sparked even more controversy.  I talked with spokesman Lucien Greaves about the statue and about Satanism’s image in the public eye.

You can see an artist's rendering of the Satanic Temple's monument design here. 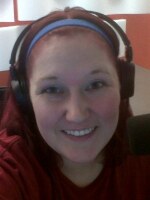 Nikole Robinson Carroll
Nikole Robinson Carroll joined KOSU’s staff in November 2013. She began her professional broadcasting career at WEKU in Richmond, Kentucky, but her passion for radio can be traced back to her childhood bedroom, where she would perform “radio shows” on a tape recorder. She holds a Master of Public Administration from Eastern Kentucky University and has worked for a variety of social service and nonprofit agencies.
See stories by Nikole Robinson Carroll
Donate Your Car to KOSU!
Get Started Here
Hey! Did you enjoy this story? We can’t do it without you. We are member-supported, so your donation is critical to KOSU's news reporting and music programming. Help support the reporters, DJs and staff of the station you love.