It’s the time of year when Monarch butterflies migrate through the Midwest, and butterfly tagging events are held nearly every weekend. However, these events have bigger goals than just collecting data.

That’s what hundreds of people from across the country will be doing to butterflies just outside of Lawrence, Kansas, at the MonarchWatch tagging event on Saturday.

Tagging events both large and small are taking place across the Midwest this month to collect data on the Monarch butterfly migration from Canada to Mexico. That information, mostly gathered by volunteers and citizen scientists, is critical given the decline of Monarch butterflies in the last two decades.

“It’s the most extraordinary insect migration on the planet, and as a migration, it's a phenomenon that tells us a lot about how organism’s function,” said Chip Taylor, director of MonarchWatch.

MonarchWatch, an organization based at the University of Kansas, has tagged over 2 million butterflies since it started in 1992. The data collected helps inform conservation work.

The International Union for the Conservation of Nature put Monarchs on its endangered species list earlier this year. Though this has no policy impact in the United States and the debate around the endangered status of Monarchs is still ongoing, the decision drew attention to Monarch butterfly conservation.

Volunteers in the Midwest have been noticing fewer Monarchs this year. The threats to the well-known butterfly include habitat loss, pesticides and climate change.

“We're losing a lot of habitat every year due to development, due to increasing agriculture, due to how we're managing marginal land,” Taylor said. “So we have a lot of work to do in order to maintain this migration.”

Yet many involved in tagging Monarch butterflies say it goes beyond helping one species.

Austin Lambert, a naturalist at the Missouri Department of Conservation, says that these events are a great opportunity to get people interested in the ways they can help other pollinators. The department is holding its own tagging events at the Runge Nature Center in Jefferson City, Missouri.

“I see the bigger value around the Monarchs is that it's kind of the poster child for a lot of these other critters,” Lambert said. “It's one that you recognize, that people get excited about.”

In addition to tagging, people can adopt conservation practices such as planting milkweed and other native plants. A paper recently published by MonarchWatch found that increasing milkweed habitat in the Midwest will have the greatest impact on Monarch conservation.

Other suggested conservation practices include using fewer pesticides and turning yards into pollinator gardens, which helps Monarchs and other pollinators and creates a more resilient environment through more biodiversity. The group Nebraska Monarchs encourages such conservation methods through education and free plant giveaways.

“These yards are little forests to a bee or to a Monarch butterfly, and a small area with a few dozen native plants is a forest for invertebrates,” said Jenn Gilbert, the program manager. “So we're trying to create an action that people can participate in conservation.”

She said the Monarch butterfly has a way of inspiring conservation efforts.

“It really does create a passion and a connection for people,” she said, “because it's the Monarch butterfly, and it's really popular.” 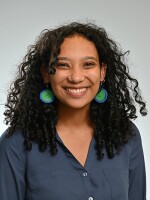 Eva Tesfaye
Eva Tesfaye, a Report for America corps member, covers agriculture, food and the environment for Harvest Public Media, a collaborative regional reporting network based at KCUR.
See stories by Eva Tesfaye
The Latest From KOSU
Donate Your Car to KOSU!
Get Started Here
Hey! Did you enjoy this story? We can’t do it without you. We are member-supported, so your donation is critical to KOSU's news reporting and music programming. Help support the reporters, DJs and staff of the station you love.