Help us answer phones and take pledges during our upcoming membership drive on Dec 6th & 7th. Sign up here!
Tumbleweeds All the Way Down

We asked KOSU and Spy hosts to share songs they've been digging over the past month or so.

One of 2014’s best-kept secrets was Bury Me at Makeout Creek, at once a Simpsons reference and an album by Mitski Miyawaki, a New York City singer whose lyrics stand alone as tragic poetry, as invigorating to read on the page as when she’s shouting them ahead of a harsh, full-band pummel. Emo, ‘90s alternative and DIY-fiddling all factored into that record alongside Mitski’s strong register and brutal, jarring metaphors for happiness and melancholy.

And now she’s back with a new song called “Your Best American Girl,” that might just be her best yet. Dig in and you find that the title’s sarcastic; the narrator infantilizes and mocks a boy who cares for her but sees her less as a partner and more like a piece of furniture. - Matt Carney, Sample Size

Of all the new releases in the past couple of months, I could not stop spinning Junior Boys' 4-year-silence-breaking-return Big Black Coat. The 7+ minute title track that ends the album just got the music video treatment and serves as a great reminder of why we needed Junior Boys back in all of our lives. - Beau Brady, Excuse Me

There's a distinct vulnerability in Julien Baker's singing that becomes overly powerful when mixed with the tonal quality of her guitar playing and use of loops. Her Tiny Desk Concert, which you can find below, is mesmerizing. I was locked in for the entire 13 minutes on my first watch, and I must have replayed it a dozen times since. I implore you to do the same. - Ryan LaCroix, KOSU

Daniel Romano - "Hard on You"

Smart, stripped-down, and catchy as hell, this is a song I can't stop playing lately. The chorus, the background singers, the telecaster lead--it's all perfect. I wish more country artists sounded like this. - Jack Fowler, Tumbleweeds All the Way Down

BJ the Chicago Kid - "Turning Me Up"

With an ode to the great Marvin Gaye and his unique recording style of singing while laying down, BJ delivers a gratifying spring shanty off his new album, In My Mind. If you like this please check out his legendary debut album, Pineapples Now & Laters. - Dan Sewell, Pairadime Music Radio

King Charles' sophomore album was released a little over a month ago and I can't take my ears off of it. The song "Choke" is powerful and elucidates his impressive songwriting abilities. Friends with the likes of Laura Marling and Noah and the Whale, he also began writing songs at 17. I think it should be paired with a Washington Merlot. - Clayton Bahr, Tasting Notes

School Of Seven Bells (Benjamin Curtis & Alejandra Deheza) were ready to take over the world back in 2012. They had just released their third record, and had achieved international success at a variety of foreign award shows. Right as they were starting to make a mainstream impact in the U.S., Curtis was diagnosed with lymphoma and passed away just 10 months later. Their final album was released last month and is (in my opinion) their best work. An uplifting and inspiring reminder of how good they really were, and the tragic sounds of what-could-have-been. - Ryan Drake, State of the Art

When I rattled off my 2013 Top Ten albums for This Land Press, Candy Claws’ Ceres and Calypso in the Deep Time topped my list. Now that band has evolved into the more overtly forward rock moves of Sound of Ceres, while retaining hallmarks of their lush, hazy aesthetic: ‘Sixties pop melodic sensibilities, Karen’s breathy and ethereal vocals, and electronic instrumental flourishes and treatments. Check out “You’re Me” (and the rest of Nostalgia for Infinity). - Jon Mooneyham, Everything All At Once Forever

Indulge me an analogy: If rapping were the Winter Olympics, then flipping a cliché would be its figure skating: the highly competitive, no-room-for-error prestige event that showcases the individual’s quest for perfection. And today, Norman Music Festival headliner Open Mike Eagle goes for gold, proposing a fresh meaning for the phrase “living check-to-check,” one made for the ever-multitasking, perpetually connected smartphone generation.

“Check to Check,” is, explicitly, a song about obsessively checking your phone. But its pulsing rhythm and topic-to-topic lyrical rattle also evoke that state of mind: the self-important busy-ness, the constant connection, that ever-present potential for distraction by push alert, news update or text message. - Matt Carney, Sample Size

Melaena Cadiz - "At the Symphony"

Melaena Cadiz left New York City last year for the west coast and she sounds better for it. Much of her new album, Sunfair, was written during a retreat to Joshua Tree, a fact you can feel in the sounds, lyrics, and imagery Cadiz lays out. Fans of Joanna Newsom and Karen Dalton need to take notice. - Ryan LaCroix, KOSU 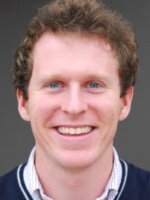