The primary election on Tuesday, June 28 will help narrow the candidate pool for several federal and state offices — such as governor, superintendent, attorney general and all seven of Oklahoma’s delegates in Washington, D.C.

The latest data from the Oklahoma State Election Board shows that as of the end of April, there were more than 2.2 million registered voters in the state. Of that number, Republicans accounted for nearly 51% of the total, while Democrats made up nearly 31%, Independents made up 17% and Libertarians made up nearly 1%.

Below, we highlight some of the races.

Both of Oklahoma's U.S. Senate seats are up for grabs, but only one of them seems to be a wide open race. When Senator Jim Inhofe — who has been in office since 1994 — announced in February he was retiring from Congress, that prompted a special election to fill the remainder of his term.

A long list of 13 Republican candidates are vying for the seat, including some familiar names: a former Oklahoma House speaker, a state senator, U.S. House representative and former head of the Environmental Protection Agency under President Trump.

The race has already seen some interesting moves from the apparent frontrunner U.S. Representative Markwayne Mullin, who has skipped scheduled primary debates but recently appeared on a recent episode of News Channel 4’s Flashpoint. Mullin described himself as a “true constitutionalist” and said he was against the bipartisan gun control bill recently signed into law.

Shannon, a former Oklahoma House Speaker who ran against James Lankford in 2014, is vying again for a U.S. Senate seat. The Lawton-raised banker has described himself as conservative, Christian and capitalist. If elected, Shannon would be only one of four Black U.S. Senators serving, joining Republican Tim Scott and Democrats Cory Booker and Raphael Warnock.

Nathan Dahm was elected to the Oklahoma Senate in 2012. He is most known for drafting numerous gun and abortion bills. One of his gun bills penalized the enforcement of federal government gun restrictions in Oklahoma. Another recent piece of legislation, SB 612, effectively criminalized most abortions by making the practice a felony. The bill also imposed a fine up to $100,000 or a maximum 10-year prison sentence for those convicted. That bill was signed into law in April 2022.

Scott Pruitt led the Environmental Protection Agency under President Trump for less than two years, before months of ethics scandals and investigations led to his resignation. Prior to that, Pruitt served as Oklahoma’s Attorney General for six years, fighting against what he viewed as federal overreach, specifically in regard to the Affordable Care Act and immigration policy.

Inhofe’s handpicked successor is his former chief of staff, Luke Holland. Inhofe has appeared in Holland’s television ads and has assisted in fundraising for his campaign, but recent polling has Holland significantly trailing other candidates.

The winner will face former Congresswoman Kendra Horn in November's general election. Horn did not draw an opponent for the Democratic primary.

All of Oklahoma's five Congressional House District seats are up election this cycle, but only one of them does not feature an incumbent — Congressional District 2.

While U.S. Rep. Markwayne Mullin is instead running to replace Jim Inhofe in the U.S. Senate, there is a long list of 14 Republican candidates vying to take over the seat, including several Indigenous candidates, the former head of the Oklahoma GOP, law enforcement officials and more.

The race features candidate John Bennett, the former chairman of the Oklahoma Republican Party and former state lawmaker. Bennett has drawn criticism for outlandish comments — including calling for Dr. Anthony Fauci to face a firing squad and comparing vaccine mandates to Nazi tactics. He has also made derogatory comments in the past about Muslims being terrorists and calling Islam “a cancer” to the nation. Bennett has drawn criticism from Oklahoma tribes for one of his stated priorities of disestablishing the Muscogee Nation reservation, which was affirmed in the U.S. Supreme Court's McGirt v. Oklahoma decision in 2020.

Congressional District 2 covers much of the eastern part of the state, including lands that have been affirmed as Indian reservations by McGirt v Oklahoma.

In addition to Bennett, Frix and Roberts, there are several former and current state lawmakers in the race, including Josh Brecheen, David Derby and Marty Quinn.

The CD2 race features one Democrat, Naomi Andrews, and one Independent, Bulldog Ben Robinson — neither of whom will have a primary.

Kevin Stitt is in his first term as Oklahoma’s governor and is leading the race in fundraising for 2022. In recent local-made-national news, Stitt signed a near-total abortion ban into law and secured an endorsement from former President Donald Trump.

His challengers include Mark Sherwood, who proclaims to be farther right than Stitt, criticizes the governor’s closing of businesses at the start of the pandemic and believes he did not go far enough with the state’s recent abortion ban. Moira McCabe is a stay-at-home mom new to politics. Joel Kintsel, a self-identified “Reagan Republican”, is the head of the state’s Department of Veteran Affairs and previously worked for the Oklahoma House of Representatives.

For the Democrats, there are two women vying for office.

Joy Hofmeister is the state’s Superintendent of Public Instruction, who is term-limited in that role. Hofmeister leads the Democratic race in fundraising. She was previously a registered Republican until she switched parties in the fall to run for governor as a Democrat.

Connie Johnson previously ran for governor in 2018, losing the primary to Drew Edmondson. In 2014, Johnson ran against James Lankford for U.S. Senate, and though she lost, the nomination secured her the title of the first Black woman nominated for a major statewide office in Oklahoma and the first woman U.S. Senate nominee from the state.

The winners of the Republican and Democratic primaries will face Libertarian candidate Natalie Bruno and Independent candidate Ervin Yen, a former Republican state lawmaker, in the general election in November.

Oklahoma State Superintendent for Public Instruction Joy Hofmeister is term-limited and running for Governor. Four Republicans are vying to replace her:

This is not the first run for Cox or Crozier. Cox twice ran against Hofmeister as a Democrat and was handily defeated both times. Now those two have swapped parties. Crozier previously ran in 2006 and is most notable for suggesting that textbooks might be a good way to stop bullets from mass shooters

Grace and Walters have consistently ledfundraising efforts. Grace, the 2021 Superintendent of the Year, has garnered support from many public education supporters.

The eventual winner of the Republican primary will face off in November against the only Democrat seeking the office:2020 Teacher of the Year Jena Nelson, who works as an educator at Deer Creek Middle School in Edmond.

Two Republicans are vying for the position of Attorney General in what is expected to be a close race.

John O’Connor is the current Attorney General of Oklahoma. He was appointed to the position by Gov. Kevin Stitt last year when Mike Hunter resigned. O’Connor frames himself as more conservative than his opponent, boasting his pro-life, pro-gun, and anti-vaccine stance.

Gentner Drummond ran for Attorney General in 2018 and narrowly lost to Hunter in the runoff primary. He positions himself as not looking out for political elites, distinguishing himself from O’Connor as someone who was not handpicked by Stitt. Drummond emphasizes his dedication to stopping federal overreach, protecting Second Amendment rights, and clearing rape-kit backlogs.

The winner of the primary will face Libertarian Lynda Steele in November.

Oklahoma County citizens will vote on a bond for a new county jail. The bond would provide $260 million for the new facility; however, it would not raise taxes as the new bond picks up after expiring bonds.

Proponents of the bond say only a new jail can fix these issues. They believe the jail, which was built in the 1980s, was only meant to last a couple of decades, and that it was set up to fail with poor design that spiraled into staffing problems, inhumane conditions, and safety concerns.

Opponents take issue not only with the history of problems encountered with the old county jail repeating itself, but also the high price tag, the firm chosen, and those leading the effort. They believe the focus and funds should instead be on criminal legal reform, substance abuse rehabilitation, and mental health services.

There are many more races and issues being decided by voters on Tuesday. You can view a full list here. 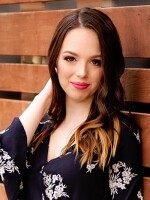