Entrepreneurs can change society and shape the future, but most of them are wrong

In this episode, Meghan Robinson speaks with Dr. Per Bylund about what entrepreneurs actually do and why they are the lifeblood of an economy.

BYLUND: Entrepreneurs create our tomorrow. So they are in the business in figuring out what we will want and what we will value in the future. We don't know it ourselves, but we will know it when we see it. They're following their own imaginations and fantasies of what might be good for us. So the chances of being successful are really, really slim, but that's what they do. They bet everything on this idea that they have, and they bring it about. It's all about the implementation, really less about the idea. They stand to win some if they're right. They stand to lose all if they're wrong.

ROBINSON: Dr. Per Bylund is an assistant professor of Entrepreneurship at Oklahoma State University. His courses highlight how entrepreneurs are the driving force of our economy.

ROBINSON: Sometimes, it’s the simplest ideas that can make the biggest impact.

BYLUND: Think of Uber as an example. They launched something that is basically a taxi service. It's nothing special about that, except that they did it completely differently. So they side stepped the special regulations for taxi businesses. Taxi businesses were regulated specifically for having a call center and then having a fleet of cars and then employed drivers. And of course Uber, they have nothing of that. So they side stepped all that, and they challenged not only taxi cab companies, but they challenged also regulators, who were in a sense protecting taxi companies. But today, of course, most people would not even dream of taking a cab somewhere. They just call an Uber, but they of course don’t call it at all – they just tap on the app a little bit and then there’s a car. You don’t know anything about the driver, but you know their score. It’s safer, it’s nicer, it’s cheaper than a taxi company.

Our means of transportation and the way we move around in society has changed completely because of this innovation. And it's nothing new, really. It's just someone driving a car, taking you from A to B. That's all there is to it, but because it's so innovative, the way they do it, they changed regulations. They changed everything.

ROBINSON: Not every new idea is the new Uber. Sometimes, a fantastic concept can have no value when it’s put to market. On the flip side, sometimes a not-so-great idea can be exactly what people want – without realizing they wanted it.

BYLUND: Henry Ford supposedly said that, 'had I asked my customers what they wanted, they would've said faster horses.' Because we’re sort of stuck in our ways. So we think in terms of what we already have and what we know, and then we tweak it a little bit, and we improve it a little bit. So faster horses 'cause we all use horse and carriage, right. And Henry Ford said, ‘nah, this is not it.’ I think I can provide more value to people by having basically a carriage without a horse and produce it in a standardized way to make it affordable. And that I think is something that customers will, when they see it, they will realize that this is value, and they will buy it. And of course, he was right. Most entrepreneurs are wrong, but they put everything into, and they bet on their idea being correct. And if they are correct, they can make a lot of money, and then they change society. 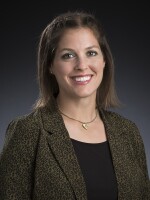