Don Data, host of No One Man, shares five of his favorite albums of 2021, plus sixteen others that deserve more of your attention.

Hands down the absolute best album from 2021 and possibly one of the best of the 2020s. Similar to A Seat at The Table, Black Messiah, and There’s A Riot Going On, Fatigue offers the listeners a close look at the complexities of the Black experience. This is an album that plays between nostalgia, meditation, self awareness, forgiveness, and reflection. Fatigue moves with ease between many genres; from traditional Gospel hymns closing out the transcendental ‘Find It’, to the eerie guitar arpeggios that swell into a cinematic symphony on ‘Blame Me’, and the virtuosic performance on ‘Two Face’ that feature an amazing horn arrangement, Fatigue is an album without limits. Fatigue puts the listener in another’s memories, becoming fully immersed in L’Rain’s world. A truly special album that everyone should have in their collection.

Former United States presidential nominee, estranged husband to Kim Kardashian, the abomination of Obama’s nation and every award show’s nightmare, Kanye West returns from a long road of self sabotaging and heavy-handed evangelical Chick-fil-A raps with the Dr. Donda West inspired album, Donda. Donda lays out the linegae of the Kanye West’s family tree in our wonderful world of Hip Hop. Featuring appearances from heavyweight wordsmiths like Jay-Z and Conway the Machine to the new faces of the mainstream, such as Roddy Rich and Baby Keem, Donda interpolates the old world of Black music with the new. The Sunday Service Choir and long time collaborator Mike Dean add to some of the heavenly highs on the album ; while Kanye sadly manages to get in his own way. With every ‘Come to Life’ ‘Praise God’ or ‘Junya’ there’s an outro that runs too long, a track needing drums, or at worst tracks so overly compressed and poorly mixed the album gets re-released with a new mix within a week of its release date. To date, the album has been remixed twice with a deluxe version which features a new track sequence plus five more songs, extending the album’s run time to over two hours. The album is mostly saved by the maximalist minimalist production, Kanye’s vulnerable lyrics, and the fantastic features from those, less than problematic, artists. Kanye himself is many things. A rapper. A fashion designer. A superstar. A father. With Donda Kanye does the most while doing the least.

The events that took place in the Greenwood neighborhood of north Tulsa in the summer of 1921 were previously etched in my memory as an example of a racial violence that had yet to be reckoned with. Fire In Little Africa is that reckoning. Tulsa emcees Steph Simon and Hakeem Eli’juwon kick off the album with a vivid reimagining of the events leading up to the violent mob of white citizens attacking Black Wall Street on ‘Elevator’. FILA marches forward, sharing the highs and lows of the Black experience in Tulsa, OK over the century since the Tulsa Race Massacre. Cuts like ‘Shining’ speak to perseverance and victory over a system bent on the destruction of the Black community. ‘Reparations’ and ‘P.O.D’. find emcees St. Dominick, Simon, and Eli’juwon speaking on the members of the institutions that created the systemic obstacles, that dismantled their community and the generational trauma that results thereafter. ‘Drowning’ floods the heart with emotions, as strings, performed by Am’re Ford, swell in between verses that speak to the faith of a resilient people and sway between the fiery sadness in front of them and the shimmering hopes of a better tomorrow. “Everything is us” declares Simon on ‘Party Plane’ featuring Dialtone and GAP Band legend, Charlie Wilson — “Everything is us, now we up”. There’s a spirit to rebuild what was lost to racism on FILA. Standing before the former Tate Brady Mansion, some of Oklahoma’s brightest talents including Dr. View, Jacobi Ryan, Thomas Who? and a plethora of other phenomenal beat makers, poets, and musicians all grace the album cover. Now the Brady mansion shares a new name, The Skyline Mansion, and there’s an even greater Fire in Little Africa.

It’s no secret that I more than adored Brittany Howard’s 2019 solo debut, Jamie, but I never knew I could love a set of songs more. On Jamie (Reimagined) we hear remixes from Michael Kiwanuka, Georgia Anne Muldrow, Bon Iver, 9th Wonder and many others. Some favorites include: the beat heavy ‘Goat Head’, featuring Atlanta duo EARTHGANG and the new soulful instrumentation from Canadian Jazz outfit BADBADNOTGOOD on ‘Tomorrow’. ‘Stay High’ gets two beautiful remixes, the doo wop barbershop ballad with angelic falsettos from Childish Gambino and a surprisingly fun electro house remix from Joy Anonymous and Fred again... Jamie (Reimagined) was a needed listen for a not so distant yesterday and a reimagining of what the present could be.

Tyler, the Creator - CALL ME IF YOU GET LOST (Columbia)

In March 1972, Stevie Wonder released their fourteenth studio album, Music of My Mind, the first album following a new recording contract with Motown Records that would give Wonder complete artistic control. This album marked what most consider the beginning of Stevie Wonder’s classic period. In June 2021, Tyler, the Creator released their sixth studio Call Me If You Get Lost. Since the release of Flower Boy in 2017, Tyler has been progressing both as a music producer and as a songwriter. Tyler is on his third album of his classic period. Similarly to Igor, CMIYGL finds Tyler dawning a new persona Tyler Bauderliare, a globetrotting romantic who instead of crooning over earthquaking synths, raps with the fury and bravado of a 2000s era Lil Wayne mixtape. CMIYGL may be the first commercial album to fully encapsulate the energy of a mixtape, while supplying a narrative that's both exciting and imaginative. For fans of DJ Drama Gangster Grillz Mixtapes, auteur films, and clear skin.

Here are 16 albums with my favorite songs to round out your 2021:

Sons of Kemet - Black to the Future | Afro Jazz (Impluse!)

PinkPantheress - to hell with it | Bedroom Pop (Parlorphone) 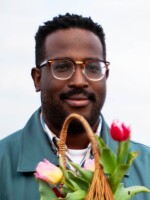