Yr Welcome hosts Beau Brady and Kellen share their favorite vinyl of 2021. Hear the full episode highlighting these albums at the end of this post.

I was hard-pressed to find a music fan in Oklahoma City unwilling to talk about the brilliance of Turnstile’s newest record. OKC’s fanaticism for GLOW ON was in full effect at the sold out $uicideboy$ show, when Turnstile fans found ways into the Criterion for the sole reason of seeing these new songs live. Hearing the opening salvo of “MYSTERY” and “BLACKOUT” alone should send excited listeners to the nearest live performance video of Turnstile, proving why, “you really gotta see it live.” Their mini-movie “TURNSTILE LOVE CONNECTION” combines a preview of some of the album’s best songs and is a must-watch video from 2021. ~Beau Brady

We’re a 100% Electronica house. Around here, when George Clanton touts a band, we listen. So when we heard many in the vaporwave sphere champion Magdalena Bay (who we have affectionately nicknamed “Maggy Bay”), we were all too happy to give Mercurial World a listen. What we did not anticipate was an absolutely perfect pop record. Seeing the band perform the record top-to-bottom only cemented them in our Top 10 list. It’s impossible to not have fun listening to this record. Remember Maggy Bay, my friends, because the world is about to be their oyster. ~Kellen

In truth, this was my personal #1 album of the year. The moment this CD made it into my car in April, I could not stop spinning it. This mysterious band from Detroit that’s been making music since 2009 finally reached critical mass and exploded in 2021. It had been a long time coming, but I am happy my introduction to this band was with ULTRAPOP. I cannot possibly describe this album better than Bob Mould (Husker Dü) did on his Amoeba “What’s In My Bag?” segment:

“This is the craziest music I’ve heard in a long time. There’s melody. There’s droning. There’s violence. There’s aggression. There’s high art. There’s low art. It sort of does it all, and I can’t say enough about this record. I would say for me, it’s [My Bloody Valentine’s] Loveless and then this.”

You should know Kellen & I hold Loveless in the highest regard, so for a hard rock legend to compare ULTRAPOP to Loveless is really all that needs to be said. The crazier part is I agree. Actually, the craziest part is this album. Listener beware. ~Beau Brady

With the release of Jubilee, I quickly realized how lucky I was to have seen Japanese Breakfast at Norman Music Festival in 2018. Michelle Zauner has been turning heads since her 2016 debut album Psychopomp, but 2021 will go down as the year she ascended to becoming a household name. I say this quite literally, as I spied a copy of her book Crying In H Mart on my mother’s kitchen table this year. What better way to further highlight Zauner’s talents than by showing an avid book reader “Be Sweet” this year? ~Beau Brady

Obligatory: Yes, this came out in October 2020, but we’re including it anyway because sometimes a year is defined by an album that didn’t come out in the current year. Yes, it’s cheating. But this album is worth bending the rules. If you feel robbed of a 2021 album because of this decision, please know I wanted to include the new Godspeed You! Black Emperor on this list. It’s fantastic as well, and was actually released in 2021. Let it be noted with extreme confidence, a bunch of English youngsters doing their best New Order impression is far more enjoyable. ~Beau Brady

There’s a reason I listen to everything our boss, Ferris, sends us: It’s always good. Like, really good. Such was the case with Working Men’s Club’s eponymous debut. It takes a hard line in its unabashed love for new wave and all things angular, and delivers one of the stronger debuts from a band in the last decade. There is not a single person I excitedly texted this record about that didn’t love it or at least a few tracks on it. “John Cooper Clarke” stands out as a song so good that we almost don’t deserve it. Almost. ~Kellen

If Slowdive and My Bloody Valentine aren’t going to release new records, we could do a lot worse than Deafheaven filling that void. Their first four records proved what they could do, and on their fifth they do what they want to do, which apparently is creating a shoegaze album. The real beauty lies in how Deafheaven switched genres but can still express their signature identity in fascinating new ways. ~Beau Brady

Deafheaven is a band I’ve always wanted to be a fan of (that NAME, for god’s sake!) but, for some reason, they always fell short with me. Having never been a fan of metal until recently, I was stoked to give the band another shot when Beau expressed his excitement for their new record. Except it wasn’t metal at all. It was shoegaze. What’s more: it was really, REALLY well done shoegaze? When we first listened to the record at Beau’s house, I remember just grinning and saying “damn” more than a few times. It certainly wasn’t anything I was expecting, but I’m certainly glad I have a Deafheaven record I can latch on to. ~Kellen

Yves Tumor made our favorite album in 2020, and I wrote at the time: “Knowing how Yves Tumor loves to be unpredictable, it feels important to shine a light on this album, as they may never return to this formula again.” I was so pleased to be dead wrong when this summer they suddenly dropped six more songs similar in style to Heaven To A Tortured Mind. “Jackie” alone is reason for inclusion and quite possibly the song of the year, following in the footsteps of “Kerosene!” from 2020. I had to drive to Austin this year to see them live, so I could confirm first hand the power of these new songs. Needless to say, you have been warned. Yves Tumor is on the rise, and I wouldn’t be shocked to see a new album in 2022 that really turns heads. ~Beau Brady

This was one of our most anticipated albums of 2021 the moment we heard lead single “Vendetta” coupled with the news Iceage worked with legendary Spacemen 3 member Sonic Boom for their fifth LP. In the past 11 years, Sonic Boom has worked with MGMT, Panda Bear and Beach House to help produce some of their best albums. He can now add Iceage to the list. While not as frenetic as a lot of their earlier work, Iceage explore brand new territory on Seek Shelter and discover new strengths along the way. ~Beau Brady

The calendar dates in the title of Fred’s debut album are important. At the onset of the 2020 lockdown, the rising UK producer started collecting field recordings to tell a story. Fred’s credentials include working with popular UK artists Ed Sheeran and Stormzy, but his debut album feels more in step with the music of Brian Eno (who has been his mentor for years). Though it’s the sounds of actual people throughout the album that not only give Fred’s songs their names, they give them authentic hope and optimism that shines through one of the darkest periods in human history. The process of making music centered around actual people has influenced Fred to release a sequel to this album that covers dates in 2021. Though this album may end up being his crowning achievement for finding a rare light in the smoking chaos that was 2020. ~Beau Brady

It’s hard not to want to embrace the endearing chaos that Chubby & The Gang bring to the table on The Mutt’s Nuts. The band’s second major release finds them embracing the formula they perfected on Speed Kills: Guitars shredding at a blistering pace, with Charlie Manning-Walker continuing his campaign for Best Singer in Rock Music. There’s depth here too. Chubby & The Gang, after all, are a working man’s rock band and aren’t afraid to show it. What makes The Mutt’s Nuts so special, however, is the band’s commitment to being wholly themselves. They like it loud and you should too. ~Kellen

The above list is identical to the Yr Welcome highlighted on our show. If you would like to hear more of these songs, the episode can be found here:

Listen to Yr Welcome, every Friday night at 9 p.m. on The Spy on KOSU. 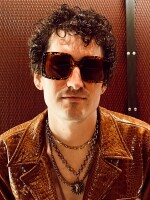 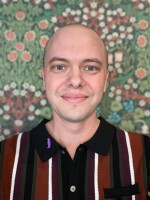 Kellen
I started hosting Yr Welcome at The Spy at the end of 2011. Was formerly the lead singer of Pretty Black Chains.
See stories by Kellen
The Latest From KOSU
Donate Your Car to KOSU!
Get Started Here
Hey! Did you enjoy this story? We can’t do it without you. We are member-supported, so your donation is critical to KOSU's news reporting and music programming. Help support the reporters, DJs and staff of the station you love.