Turn of the Century host Rob Vera shares his 11 favorite albums of 2019.

Filthy, fun, fresh and free. Charli XCX gets it. She embraces nostalgia, profanity, big beats, bigger hooks and leans into the extremes of all modern pop has to offer with fearlessness and it’s a blast to listen to.

A psychedelic, super prog-rocky, jazz fusion jam session of an album. A big mess of a record, but a beautiful mess to be sure. (Thee) Oh Sees (aka OCS) never stop making music, sure. But they also never get complacent, either. Adventurous and it sucks you in before you know what’s happened.

Bleeps, bloops, beats. Layered into a steady, continuous mix of brain tingling soundscapes and Yorke’s patented vocal greatness. The Radiohead obsessive in you may long for that, but Yorke’s solo work has always delivered something worth spending time with in your headspace and Anima is no exception.

Every three years—like clockwork—one of America’s absolute finest indie rock bands puts out an album. And they’re always so, so good and people acknowledge it but do they really appreciate how excellent Local Natives are? With each release they push their boundaries a bit more, but never get out of reach of the emotional touchstone that fuels their output. Violet Street is a mix of previous experimentations and also it’s own lovely thing.

7. City and Colour - A Pill For Loneliness

A set of triumphantly emotional songs about the less than triumphant moments of life. Each one confronts all the feelings head on while the instrumentals and harmonies feel like a sweet release. It’s the sort of genuine earnestness that works because the music is too cosmically rad to question motives.

A stunning debut that is distinctly Irish and incredibly rooted in gut and in the heart (so much heart). It turns from cynicism to romance to joy to pain with ease. The rock songs rock in such back to basics rock ways that are so appealing in a decade where rock has been pushed to the edges of even the “alternative” mainstream. The slower songs are gems that are both intimate and affecting in ways that continue to reveal themselves with each listen. A ride.

Silky smooth addictive pop music straight into my veins made with all the finest of materials. And the finest and most crucial of these is the artist herself. While so much passable to good pop music can be an orchestral effort to smooth over the artist’s shortcomings, CRJ IS her music. She writes songs that are truly hers and they radiate a genuine hopefulness, vulnerability, and sincerity that makes her such a compelling artist. Carly Rae Jepsen is a treasure.

A surprise December release after no albums for a decade is so on brand for the Australian desert surf stoner psychedelic punk rock band. And as somehow felt inevitable, they pick up right where they left off sounding as in sync and at ease as a band gets while sending their addicting and obsessive rhythms straight into your brain stem. They jam as effortlessly as most of us breathe. And I wanna listen to it over and over and over again.

This is “The Irishman” of 2019 album releases. It is really long and it stretches its legs and moves at its own particular pace, but it’s also got great craftsmen making great art in a manner that suggests that they care not for your increasingly shrinking attention span. They’re here to do what they do and they do it quite well and will be making no apologies for it. The rewards require a bit more from you, but they are there and they are special.

While so much of the narrative has been focused on this surprise release not being the long-awaited Dear Tommy, the band went ahead and released their tightest collection of pop songs yet. The familiar hazy neon electronic textures are of course there and having a talent like Ruth Radelet back to narrate your dreams is to be cherished. But most importantly, there’s a romance both intimate and untouchable about Chromatics that always keeps you coming back for more—this time in even more accessible ways than ever. The synth-drenched dream of the night lives on.

Josh Homme and his newly hand-picked cast of characters—and make no mistake, this thing is full of characters—do more with 8 songs and 32 minutes to find the soul of what makes rock music-making a worthy endeavor to begin with than I’ve heard in ages. The joy of making this album leaps from my speakers in a tangible way. Rotating lead singers and musicians throughout, the collective let their creativity rule the day with experimentation, silliness, genre-blending, and lyrical wordplay to such an effect that you can’t help but marvel at how natural it must be for truly great musicians to create magic when the mood strikes. And the songs rock. And they suck you in. And they want you to come out and play. And you will. Arrivederci despair, indeed. 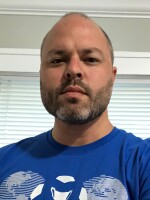 Rob Vera
Rob has hosted Turn of the Century on The Spy and KOSU since 2016.
See stories by Rob Vera
The Latest From KOSU
Donate Your Car to KOSU!
Get Started Here
Hey! Did you enjoy this story? We can’t do it without you. We are member-supported, so your donation is critical to KOSU's news reporting and music programming. Help support the reporters, DJs and staff of the station you love.