One of the world’s largest music festivals is just a couple of weeks away south of the Red River, and Tulsa will once again be well represented.

The Tulsa Office of Film, Music, Arts & Culture Tuesday announced three South by Southwest events in Austin, Texas. Ray Hoyt, of Tulsa Regional Tourism, says the four years his office has spent cultivating a presence at South By Southwest has paid off.

“You know there are a lot of communities that go there and have zero footprint. And the fact that [SXSW] has recognized kind of Tulsa’s creative class and what we bring to the table and actually gives us a stage for that. And the fact that we’re the only people there now from the state is important, because literally is talking about Oklahoma unless we do. So I think that’s critical. We’re not going to give up on that mission.”

Hoyt says it’s an important stage to highlight all that the city has to offer.

“You know if we don’t tell our creative story and introduce our creative class and startups to the world, then nobody will know we’re here. So it’s really our mission to tell that story about Tulsa and I think fast forward four years now everybody gets it. And you know literally during the course of the week we’ll do about 4-million social media hits and stuff that we would never ever garner or get recognition for if we just stayed home.”

Other events include the Tulsa Boom Factory Official SXSW Day Party and the SXSW Trade Show,  which will have a ‘Created in Tulsa’ booth March 11th through 14th.  SXSW runs March 9th through 18th in Texas’ Capitol City. 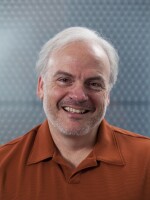 Kelly Burley
Kelly Burley served as KOSU Director from September 2007 to May 2019. In 2007, Burley returned to public radio after more than four years as Associate State Director for AARP Oklahoma. Burley first joined KOSU in 1990, first as a reporter, then news director and eventually program director. During that time, he won three Edward R. Murrow awards from the Radio Television News Directors Association, the National Journalism Award from the Scripps Howard Foundation, and two national awards from Public Radio News Directors, Inc. Kelly lives in Stillwater with his wife, Lisa. He has two grown children, Clint and Kara.
See stories by Kelly Burley

Kateleigh Mills
Kateleigh Mills is the Special Projects reporter for KOSU.
See stories by Kateleigh Mills
The Latest From KOSU
Donate Your Car to KOSU!
Get Started Here
Hey! Did you enjoy this story? We can’t do it without you. We are member-supported, so your donation is critical to KOSU's news reporting and music programming. Help support the reporters, DJs and staff of the station you love.