As activists fighting against Julius Jones' scheduled execution fill the Oklahoma State Capitol building and take to the streets in other parts of the country, officials are recommending a separate clemency for another death row inmate over fears of another botched lethal injection.

The public is awaiting Gov. Kevin Stitt's decision on whether to grant Jones clemency before his Thursday execution date, following the Oklahoma Pardon and Parole Board's recommendation weeks ago.

That same board gathered Wednesday as three of its five members recommended clemency for another death row inmate, Bigler Jobe Stouffer II. The board's clemency recommendation is for life without the possibility of parole.

Adam Luck, Kelly Doyle and Larry Morris all voted for the recommendation, while Richard Smothermon and Scott Williams voted against.

While the board raised concerns about Jones' innocence, that wasn’t the case for Stouffer, who was convicted in the 1985 shooting death of Putnam City elementary school teacher Linda Reaves.

All five board members said they think Stouffer is guilty, but the ones who voted for clemency said they have serious issues with what has been happening with Oklahoma's executions.

Board member Larry Morris said he was "dumbfounded" that they were voting on any death penalty cases with a pending federal lawsuit challenging the constitutionality of the state's lethal injection protocols.

Here’s Oklahoma Pardon and Parole Board member Larry Morris saying he’s “dumbfounded” that the PPB is even voting on death penalty cases when there is federal litigation pending about the constitutionality of the punishment pic.twitter.com/zupJgliPgb

"The last four [executions] if you go back six or seven years now, well that process is obviously flawed. We've had individuals on the table suffering for 20 and 30 minutes," said Morris. "I don't think that any humane society ought to be executing people that way, until we figure out how to do it right."

Oklahoma held off on lethal injections for nearly six years after two botched executions. The state resumed the practice in late October, killing a man named John Grant, who ended up convulsing and vomiting before he died.

That cocktail is being reviewed for constitutionality in district court in February, but several death row inmates are scheduled to be killed before then. That includes Stouffer, who is set to be executed on Dec. 9.

Oklahoma's last several executions have been gruesome and filled with protocol violations.

Last month, in the state's first execution since 2015, John Grant convulsed and vomited repeatedly after being administered the three-drug cocktail.

Executions had been on pause in Oklahoma following the near-execution of Richard Glossip in 2015, and the botched lethal injections of Charles Warner in 2015 and Clayton Lockett in 2014.

Glossip was scheduled to die in September 2015. Then-Oklahoma Gov. Mary Fallin issued a last-minute stay of execution for Glossip when it was discovered the Department of Corrections received a shipment of potassium acetate instead of potassium chloride, as required in the state's execution protocol.

An autopsy report revealed the state used the wrong drug — again, potassium acetate — to execute Warner in January 2015. According to witnesses, Warner said, "It feels like acid," and "My body is on fire" while being given the three-drug cocktail.

Lockett's April 2014 execution was also botched. A report issued after his death found that after trying for 51 minutes to find a vein, a phlebotomist misplaced the IV line intended to deliver the lethal cocktail of drugs directly into Lockett's bloodstream. Instead, the cocktail was delivered to the surrounding tissue.

Lockett writhed on the gurney and mumbled before being pronounced dead 43 minutes after the procedure began. An investigation later revealed that the faulty insertion of the intravenous line and lack of training of the execution team contributed to the problems. 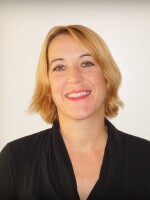 Ryan LaCroix
Ryan LaCroix is the Director of Content and Audience Development for KOSU.
See stories by Ryan LaCroix
The Latest From KOSU
Donate Your Car to KOSU!
Get Started Here
Hey! Did you enjoy this story? We can’t do it without you. We are member-supported, so your donation is critical to KOSU's news reporting and music programming. Help support the reporters, DJs and staff of the station you love.