More than a dozen members of the liquor and wine industry filed a lawsuit this week asking the Oklahoma Supreme Court to stop a law that — they say, will disrupt their business.

Petitioners in the lawsuit include two of the state’s largest wholesalers, a smaller wholesaler, and a handful of manufacturers, importers, and liquor store owners.

Before State Question 792, all alcohol manufacturers, winemakers, and importers were requiredto sell their products to every distributor in Oklahoma. The voter-approved state question changed that by giving liquor and winemakers the right to choose a sole wholesaler to distribute their product.

But this legislative session, Oklahoma lawmakers passed Senate Bill 608. It rolled back that right for just the top 25 brands.

John Maisch works with the Institute for Responsible Alcohol Policy, a non-profit group that was among fourteen petitioners in the lawsuit to stop SB 608.

In the court documents filed Tuesday, the petitioners state that, under SB 608, they will be required to sell to wholesalers who may not comply with their quality control standards, product recalls, and marketing requirements.

Bryan Hendershot, owner of Tulsa-based Boardwalk Distribution, told the Tulsa World in April that he lost more than $100 million in sales after the law changed.

“This lawsuit is not unexpected as an effort to protect monopoly interests, but it is a waste of Oklahoma taxpayers’ money,” Hendershot said in a statement to KOSU.

As Oklahoma Watch reported, he lobbied heavily for the passage of SB 608. According to the website, he and his wife donated at least $95,200 in campaign contributions to more than one-third of the members serving in the Oklahoma Legislature this session.

Maisch disagrees that there is a monopoly in the industry. He says that the number of licensed wholesalers in the state has doubled since SQ 792 went into effect — from six to twelve.

Unless the Oklahoma State Supreme Court intervenes, the law will go into effect August 21. 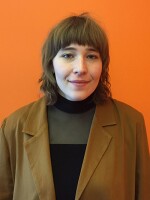 Lenora LaVictoire
Lenora LaVictoire was a KOSU reporter and host from May to August 2019, following a five-month internship with StateImpact Oklahoma.
See stories by Lenora LaVictoire
The Latest From KOSU
Donate Your Car to KOSU!
Get Started Here
Hey! Did you enjoy this story? We can’t do it without you. We are member-supported, so your donation is critical to KOSU's news reporting and music programming. Help support the reporters, DJs and staff of the station you love.