The legal challenges throw into question millions of dollars of state revenue that fund government agencies.

One of the challenged bills, which creates a fee of $1.50 per pack on cigarettes, would generate an estimated $225 million in revenue for public health agencies like the Oklahoma Healthcare Authority, the Department of Human Services, and the Department of Mental Health and Substance Abuse. Another lawsuit challenges the constitutionality of a bill that removes an exemption on the motor vehicle sales tax, effectively increasing the tax by 1.25 percent.

At question is whether both of these revenue-generating measures are tax increases, because a 1992 amendment to the state constitution requires a three-quarters legislative approval, or a vote of the people, to approve a tax increase.  Both measures were approved with a simple majority within the final five days of the legislative session. Lawmakers, facing a nearly $900 million budget shortfall, needed both bills in order to balance the state’s budget.

Attorneys on both sides drew attention to past Supreme Court decisions to help bolster their cases.

Oklahoma Solicitor General Mithun Mansinghani, representing the state, described the cigarette fee not as a tax increase, but as a public health bill.

“If you took all the money generated from this fee, put into a pile and set it on fire, it would still save 18,000 lives because of the effects on reducing smoking rates,” Mansinghani said.

Mansinghani said smoking is the number-one cause of preventable death in Oklahoma, and an increase in the cost of cigarettes is the best way to drive down the smoking rate. After questioning from Justice Patrick Wyrick, Mansinghani said the cigarette fee may fit the definition of a sin tax, but he added that sin taxes can have two objectives: to raise revenue, and to discourage a harmful behavior.

“The central question is, ‘Is the principal object to raise revenue, or is the principal object to decrease smoking rates?’ And I think there are two ways for the court to get there. One is by looking at objective things, like the text and the effects of it. And the other is by looking at subjective things, which is the road the petitioners want you to take, which is, ‘Let’s try to figure out what was in the mind of each and every legislator,’” Mansinghani said.

Among the items in the text that deal with reducing smoking rates are a smoking cessation program, a requirement that “No Smoking” signs be prominently placed inside buildings and not just at entrances, and a ban on the use of all tobacco projects on state property.

Attorney Robert McCampbell, who represented the tobacco industry, argued against the cigarette fee. He detailed previous legislation introduced in May 2017 that raised a $1.50 tax on cigarettes. That particular legislation never received 75 percent of the vote, so lawmakers moved it into a shell bill. McCampbell says that lawmakers changed the old bill from a tax to a fee and used the money to plug the state’s nearly $900 million budget hole.

“What the bill actually accomplishes is levying a tax, which raises over $200 million, which can be spent on government operations and, in fact, under the text, can be spent on things completely unrelated to smoking,” McCampbell said.

McCampbell argued the money generated by the fee could be used in any number of ways that are unrelated to smoking cessation. And he argued legislators had another bill that would have achieved all of the state’s regulatory goals. However, that particular measure required voter approval.

“It increases the tax by $1.50, increases the price of smoking, achieves all of their regulatory goals,” McCampbell said. “The problem is, it wouldn’t have happened until next year because it has to go to a vote of the people.”

McCampbell argued the state did not take that course of action because lawmakers needed the money immediately to fill the budget hole.

The repeal of a sales tax exemption on motor vehicle sales would raise the rate by 1.25 percent and generate an estimated $100 million in revenue.

Mansinghani, again representing the state, argued lawmakers were within their rights to implement the change.

“This bill does one thing. It alters an existing exemption for motor vehicle sales such that the sales of vehicles are now subject to the same total sales tax as much other personal property, 4.5 percent,” Mansinghani said.

By doing so, Mansinghani argued the sale of motor vehicles are no longer given special treatment or benefits over other sales of property.

“Certainly an exemption is different from a tax, but this bill had the practical effect, directly or indirectly, of levying a tax that hadn’t been there before and imposing a duty to pay that tax,” Muchmore said.

Some justices expressed skepticism toward the state’s argument.

“If you had an individual, they bought a car in July and could have bought it in June. They bought a $20,000 car, they paid $250 more than what they paid in June. [They’re] going to think it’s levying a tax on them,” Chief Justice Douglas Combs said.

Justices also heard arguments against a registration fee for electric and hybrid vehicles, and on freezing the standard deduction on state individual income tax returns. 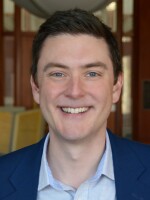 Jacob McCleland
Jacob McCleland was KGOU's News Director from 2015 to 2018.
See stories by Jacob McCleland
The Latest From KOSU
Donate Your Car to KOSU!
Get Started Here
Hey! Did you enjoy this story? We can’t do it without you. We are member-supported, so your donation is critical to KOSU's news reporting and music programming. Help support the reporters, DJs and staff of the station you love.