Help us answer phones and take pledges during our upcoming membership drive on Dec 6th & 7th. Sign up here!
News

The Annual Gracie Awards, presented by The Alliance for Women in Media Foundation, has honored the achievements of women working in media for more than four decades. Named after the late actress and radio host Gracie Allen, these awards recognize exemplary programming created by, for, and about women. Today, NPR is proud to announce that NPR Reporting has won four awards:

In the Series [Radio - Nationally Syndicated Non-Commercial] category, Emily Feng, Amy Cheng, Nishant Dahiya and Didi Schanche won for the series "Women in China" which aired on Morning Edition and All Things Considered.

Rachel Schnelle (Lavender a Tough Crop for 'Muggy' Missouri, But This Couple is Giving it a Go.)

Fordham Conversations ‐ Attacks on Asian Americans and The Search for Solidarity

Allison Sherry ('I'll Fight For The Rest Of My Life': Elijah McClain's Mother Reflects On Two Years Since His Death)

I Regret Becoming a Parent (Audacious)

Many Troops Are Leaving The Military Prematurely Due To Sexual Harassment, Assault

Rural Healthcare: The Other Texas Drought

Saraya Wintersmith (Like Other Arab Americans in Politics, Boston's Essaibi George Faces Questions About Her Identity)

This is the 47th Annual Gracie Awards, and the fifteenth year in a row NPR women have been recognized for their work. Congratulations to NPR and public media winners on this accomplishment, as well as the producers, editors, and many others who made these award-winning pieces possible. You can find the full list of winners on the Gracies Awards website. 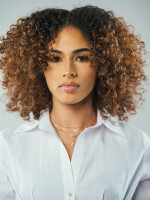 Sommer Hill
Sommer Hill (she/her) is a social media associate for NPR Extra. She started with NPR in May 2021. Her primary responsibilities include managing the social media accounts for NPR Extra as well as creating blog posts for NPR.org. In her time at NPR, Hill has worked on many projects including the Tiny Desk Contest, the How I Built This Summit, creating a resource page for Juneteenth material, participating in the 'What Juneteenth Means To Me' video and contributing to WOC/POC meetings.
Donate Your Car to KOSU!
Get Started Here
Hey! Did you enjoy this story? We can’t do it without you. We are member-supported, so your donation is critical to KOSU's news reporting and music programming. Help support the reporters, DJs and staff of the station you love.